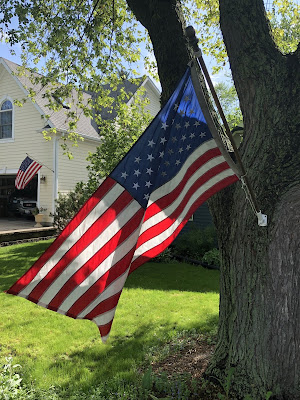 Each Memorial Day weekend my thoughts turn to honoring the fallen.

It’s about remembrance. That’s the whole point of the holiday.

Memorial Day was originally established as Decoration Day on May 30, 1868 to honor the over 600,000 Civil War dead, a formal recognition of the Decoration Day ceremonies that many towns and villages had started to observe in the 3 years since the end of the war.

“For love of country they accepted death, and thus resolved all doubts, and made immortal their patriotism and their virtue.”

Later it was renamed Memorial Day to honor the fallen from all wars, shortly after World War I.

However today we mainly see it as a day off from work, a bookened holiday with Labor Day defining summer, a good day to throw a party and have a cookout. For most folks, “honoring the fallen” is not part of the mix, and as a result we have lost something very valuable in the process.

Upon learning more about all this several years ago I started a new tradition: paying my respects to the fallen at local cemeteries, especially those I had read about during the Iraq and Afghanistan wars, by visiting their gravesites and planting a small American flag and saying a silent prayer.

One particular Memorial Day weekend I visited the gravesite of Marine Lance Cpl. Nicholas Larson. Nick was killed in Iraq in 2004.

He was nineteen years old, having graduated high school just 18 months before.

As I approached the gravesite I saw a man tidying up the area and so I assumed it might be his father. At first I was unsure if I should say anything or even approach him, since I did not know him personally — but then I thought if it were me in his shoes, I would really appreciate knowing that a random stranger took the time to visit my son’s grave to pay their respects, and I would definitely like to meet them.

So I introduced myself and offered my sincere condolences and mentioned that I had visited Nick's grave several times over the years to pay my respects.

He was friendly and appreciative. As a father of 3 boys, I empathized. It was an encounter I will never forget, even though it only lasted 30 seconds.

I would encourage everyone to visit your local military gravesites and learn about the people and stories buried there. Buy a few of those tiny flags at the grocery store and plant them in whatever graves you can find. Observe a solemn moment of silence at each grave and maybe say a little prayer.

It helps you feel connected to the whole idea of Memorial Day, and it feels good to leave a little symbol of your appreciation behind. It’s a small gesture, but it feels right, and it’s packed with meaning. And hopefully their loved ones know that some of us are trying to do our best to honor the fallen for their patriotism and virtue.