Yes it is, a Friday, and getting April behind us always sounds good to me. But we’ve been looking forward to this weekend for other reasons.

We’re going to visit with my oldest son’s family to meet my newest grandson, born in February. Say hi to the cute little guy: 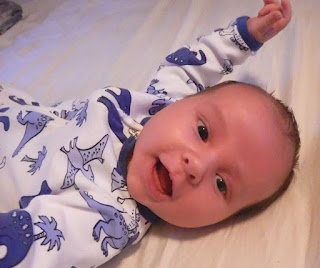 He’s a big boy, well over 10 pounds at birth and already the same weight as a 16 lb. bowling ball at just 2 months old.

He’s very chill and doesn’t fuss or cry too much, just some whimpering when he’s hungry or needs a change.

Yesterday I took a day off and watched the first episode of the “Mark Twain” documentary from Ken Burns. Twain is one of my favorite people in American history in addition to being a writing genius. His life story is fascinating and filled with adventure especially as a younger man — if you’ve never read his account of being a riverboat captain in the 1850s, you really must do that, look for “Life on the Mississippi” — and then he wrote his classic books in the 1870s-80s and built his family a huge, beautfiul home in Hartford, Connecticut. But family tragedy upon family tragedy awaited him, and financial troubles too.

He was also a newspaperman for many years — where he mixed humor into reporting and turned it into something much more entertaining than “news” — and a gold /silver prospector during the Gold Rush in Nevada and California. He wrote short stories, and became famous for that too, and turned them into a one man stage show that became quite popular.

All of this before he ever wrote “Tom Sawyer”,  “Huckleberry Finn” and his other well-known books.

Learning about his life is truly a window into America in the middle of the 19th century: growing up in a small town, riverboats on the Mississippi, westward expansion and the Gold Rush, the newspaper business, reconstruction, slavery, the Gilded Age, traveling abroad when America was still quite the underdog on the world stage, and so much more.

It’s on Amazon Prime Video for free, or PBS here.

It’s Thursday and that means music, art, and other fun stuff.

Ella Fitzgerald & Louis Armstrong, “The Nearness of You”

Sheer awesomeness is difficult to describe, so I don’t really try to explain such beauty in mere words. Instead: click play and enjoy!

Has there ever been a better singer than Ella Fitzgerald? Not to my ears, that’s for sure.

Did you know there are Twitter accounts for famous artists from the past? Classic art in your feed can only improve it.

Some artworks I have happened upon in my Twitter feed recently ... 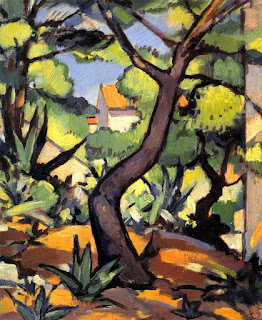 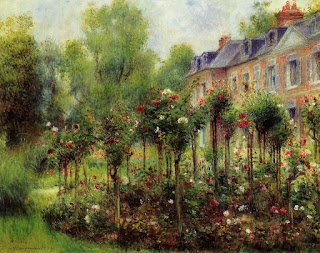 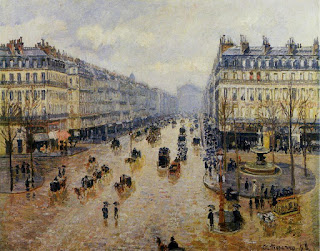 Seems underappreciated to me ...

Musical genius Steve Winwood wrote this classic when he was just 20 years old:

Did you know he played guitar, in addition to keyboards, drums, bass, mandolin, saxophone, and several other instruments? Neither did I.

He joined the Spencer Davis Group (“I’m a Man”, “Gimme Some Lovin”, etc) when he was 14 after playing in local jazz and blues-rock bands starting at age 8, including gigging with famous blues artists on tour in the U.K. like Muddy Waters, Howlin’ Wolf, John Lee Hooker, and Bo Diddley.

He started Traffic when he was 19. He started Blind Faith with Eric Clapton when he was 20. He was always the youngest member by far of every band he played in, from my estimation. By the time he was 25, he had been playing many instruments professionally for over 15 years, and created timeless music that still sounds good today, as a main creative force in multiple bands.

The timeless classic Traffic album “John Barleycorn Must Die” is mostly his creation. Just one of the great songs on it, “Glad”:

He wrote or co-wrote most of Traffic’s other well-known songs like “Paper Sun” and“Dear Mr. Fantasy”.

And, as a guy who plays multiple instruments and writes the music, he obviously had a very big hand in the arrangements on all this great music.

Again:  all this before he turned 25 years old. Then of course, he went on to a long successful solo career and session work.

Island Records founder and producer Chris Blackwell said of Winwood, “He was really the cornerstone of Island Records. He's a musical genius and because he was with Island all the other talent really wanted to be with Island.”.

Yesterday was pretty warm and sunny but the next two days should be cooler and a little rainy which is good for me as a homeowner because I need to get the weed ‘n feed down. Dandelions gonna dandelion, bro.

Cubs lost again last night, with a grand total of 2 hits. Recent offensive explosions last week saw some folks getting a little giddy, but I saw those explosions as anomalies, so time will tell I guess. Too many free swinging “launch angle” guys in this lineup. It’s annoying, unsound baseball.

Things to read today: Lileks Bleat is about pandering vulgarity on coffee mugs

In other streaming news ... Sunday we watched 2 episodes of “The Kominsky Method” with Michael Douglas and Alan Arkin. Douglas (Kominsky) is an acting coach and Arkin his agent.

It’s funny and touching in turns, and has that sense of gravitas from really good old-school actors who know how to deliver their lines and carry a scene. Arkin is one of my favorite comic actors, and Douglas is just good in everything — and have you noticed how much he looks like his dad Kirk Douglass lately?

Those two legends were the main reason I decided to check out the show. And then it turns out, Nancy Travis is in it as well, and I like her too.

On Netflix, two seasons so far and a third season starting in late May. Here’s the trailer for season one.

We might have been the last people on Earth to start watching streaming TV, but we are fully committed now. We are on board.

More or less in order: Prison Break, Breaking Bad, Better Call Saul, Queen’s Gambit, Ozark, Afterlife, and a few more that we just sampled and may revisit again someday. Some pretty good stuff in there, but everyone knows about all of those shows already.

I want to mention a show we’re watching now that we really like and that you may not know about: Last Chance U (Basketball).

Last Chance U started a few years ago and focused on football programs at community colleges around the country, the kind of places where players go when they had bad grades in high school, or tried a year of college and it didn’t work out for some reason. Key point: nobody wants to be there, they want to be somewhere else better but need to start there.

Last year they did a basketball version for the first time, about East L.A. College. We found all the coaches and players likable (some presented a bit more of a challenge in this area) and easy to pull for. It’s a view of young men, and of college sports, that you never ever see unless you know someone personally in one of these programs.

Eight episodes, around 50 minutes each, on Netflix. Worth checking out. Here’s the official trailer.

Tomorrow: another show we like called The Kominsky Method. 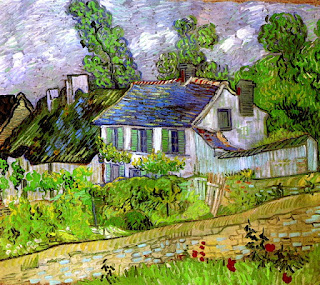 See, normally I wake up around 6am naturally, no alarm needed. This morning I could hear birds chirping outside and looked at my phone: 5:48. Good enough, but still tired so I’ll just lay here and relax a few minutes ... then my wife’s alarm rings and suddenly it’s 7:10.

Seemed like 15 minutes to me but it was an hour and 22 minutes. Huh.

Coffee making is late. That’s my gig, and always has been, because I wake up first and as James Lileks always says, “I don’t drink coffee to wake up, I wake up to drink coffee”.

Interesting links you should check out:

Pathogens in One Lesson, Courtesy of Sunetra Gupta - very interesting and informative, key takeaway is “take care of your immune system and don’t obsess about pandemics”

Roquan Smith Awarded Ed Block Courage Award for Chicago Bears - congrats to Smith, who had a great year last year on the field too 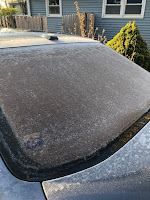 Woke up this morning to frost on the car windshield. Reminder:  it’s April 22.

We had some light snow on Tuesday. Again:  today is April 22, and Spring started a month ago.

Two weeks ago we hit the 80s a couple of times. EIGHTIES in early April.

So, yes, Springtime is a little bit bipolar around these parts. I’m not complaining though, I prefer cooler weather, and would be perfectly happy with highs in the 60s in the Spring.

And the Summer. And the Fall.

I love it when a plan comes together.