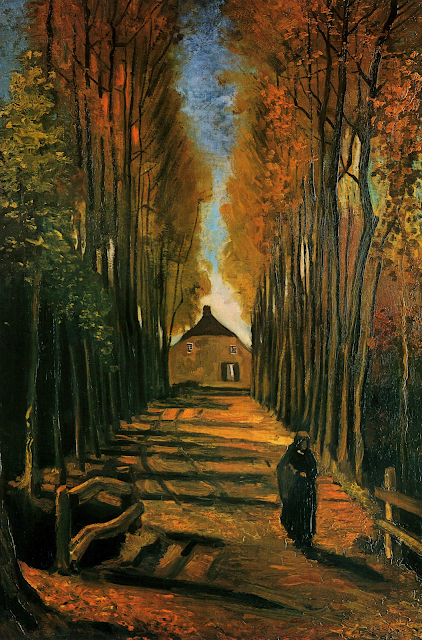 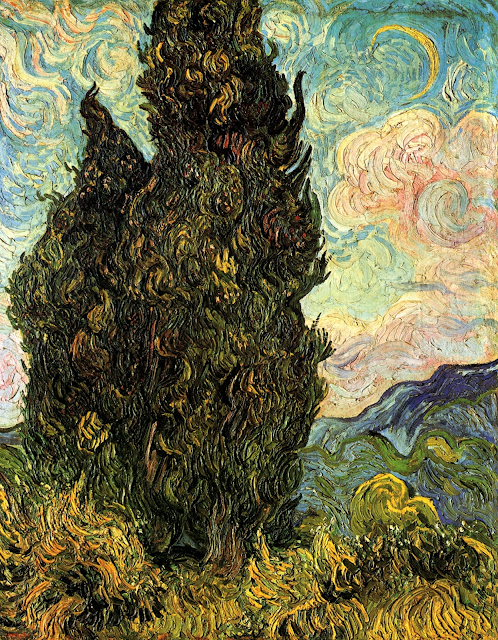 My eye is drawn to this style and therefore to Vincent Van Gogh (among others) for the extremely vivid contrast and texture that makes them leap out at you visually.

The story behind the writing of “Vincent” ...

A far superior version if you ask me ...

This band helped set the stage in the mid-1940s for rock ‘n roll ten years later but nobody knows them today and that’s a shame, because this is great stuff in its own right.

They called him “King of the Jukebox” for a reason.

Rather than me spending time and a bunch of words trying to tell you why it’s great, you could listen to a few tunes and hear it for yourself. Let’s do that.

A live version of the classic Let The Good Times Roll, sometime in the 40s

This tune is rollicking barrelhouse piano and funny too ... just a good time and you will want to hear it again ... Ain’t Nobody Here But Us Chickens, Original 1947

More from his Wikipedia entry:

Jordan was a talented singer with great comedic flair, and he fronted his own band for more than twenty years. He duetted with some of the biggest solo singing stars of his time, including Bing Crosby, Ella Fitzgerald and Louis Armstrong. Jordan was also an actor and a film personality—he appeared in dozens of "soundies" (promotional film clips); the one for "Caldonia" is the most readily available for viewing on various websites. He also made numerous cameos in mainstream features and short films, and starred in two musical feature films made especially for him. He was an instrumentalist who played all forms of the saxophone but specialized in the alto. He also played the piano and clarinet.

Jordan began his career in big-band swing jazz in the 1930s, but he became known as one of the leading practitioners, innovators and popularizers of jump blues, a swinging, up-tempo, dance-oriented hybrid of jazz, blues and boogie-woogie. Typically performed by smaller bands consisting of five or six players, jump music featured shouted, highly syncopated vocals and earthy, comedic lyrics on contemporary urban themes. It strongly emphasized the rhythm section of piano, bass and drums; after the mid-1940s, this mix was often augmented by electric guitar. Jordan's band also pioneered the use of the electronic organ.

With his dynamic Tympany Five bands, Jordan mapped out the main parameters of the classic R&B, urban blues and early rock-and-roll genres with a series of highly influential 78-rpm discs released by Decca Records. These recordings presaged many of the styles of black popular music of the late 1940s, 1950s and 1960s and exerted a strong influence on many leading performers in these genres. Many of his records were produced by Milt Gabler, who went on to refine and develop the qualities of Jordan's recordings in his later production work with Bill Haley, including "Rock Around the Clock".

Bob Uecker was a major league baseball player — barely — back in the 1960s, who as we all discovered later was also one of the funniest people on the planet. A natural joke writer with great deadpan delivery, he appeared on Johnny Carson many times. 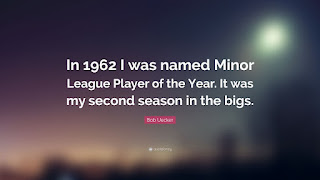 He became an announcer for the Milwaukee Brewers in 1971, shortly after his retirement — he says he knew it was over when his baseball card came out with no picture — and still does their games today at age 87.

Fans know and quote his lines from the movie "Major League" at every opportunity ... “juuuust a bit outside” ...

He’s a good broadcaster too ...

Quotes above pulled from azquotes.com

A Chill is in the Air 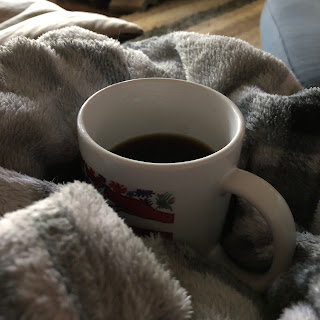 Fall was always my favorite season ever since I was a kid ... not exactly sure why really.

I like the chill in the air, wearing jackets and sweatshirts, and not feeling hot and sweaty everytime you go outside. I like the way morning frost puts a layer of white on top of the green grass.

I like October and watching the World Series, a tradition I started in 1967 with the Cardinals and Red Sox.

But most of all I like the sounds and smells of fall.

These are some of my strongest memories from my childhood ... falling leaves and the way they crunch when you walk on them, the way they smell when you burn them ...

I can clearly recall in my mind being at my Grandma Jackson’s house with my mom when I was very young — probably 6-7 years old.

The neighbors had all raked their leaves into piles in the street and one Saturday night everyone came out to the curb and burned them and roasted marshmallows and talked.

I don’t remember much about it except watching the leaves burn and smelling that beautiful smell, and even today, that smell instantly brings this visual memory back with great clarity.

They say smells trigger our strongest memories because they have the strongest connection to emotions, and for me this is probably the strongest such connection:  the smell of burning leaves and that one night from many many years ago.

Another reason for the strength of this emotional connection for me, I’m sure, is that I always liked going to her house because my Uncle Bill lived there — he was was just a kid too, only a few years older than me, more like an older brother really — and we always had great fun together.

Of course nobody born after 1970 or so has such memories since we legislated away childhood memories connecting anything pleasant with the smell of burning leaves. Smart move.

Email ThisBlogThis!Share to TwitterShare to FacebookShare to Pinterest
Labels: Reminiscing, Scenes From My Life, Short Essays

Rick Beato and I Revisit Classic Tunes from Chicago II

His latest “What Makes This Song Great” video is about the first single he ever bought, Make Me Smile.

He played it all the time, and so did I, on the album Chicago II that is full of great music, like 25 or 6 to 4 and Colour My World — both top 10 hits, along with Make Me Smile —- plus several other gems such as Wake Up Sunshine and Fancy Colours and Now More Than Ever.

In fact, both Make Me Smile and Colour My World were part of a 7 song suite written by trombone player James Pankow called “Ballet for a Girl in Buchannon” about his trying to win back his former fiancee. Now More Than Ever is the finale of the suite, and quite a finale it is.

Rick calls particular attention to Terry Kath’s vocals and guitar — Kath was the power and “guts” of the sound of this band, with his powerful urgent vocals — and Danny Seraphine’s excellent drumming, and these are my two favorite musicians in a band of incredible original artistry and musicianship.

But the best part of this great song is the instrumental break with the horns leading into the guitar solo ... “wow” is all I can say. Rick breaks it down in detail.

Make Me Smile has always been one of my favorite songs, from when I was 10 years old, and it sounds better and better all the time even as I learn more about music.

Now More Than Ever is a variation on Make Me Smile, where the band rocks out for 1:24 with more amazing vocals by Kath — this guy did not get nearly enough credit for his vocals, probably because his guitar playing was even better — and more incredible drumming by Seraphine. The whole band is unbelievably great here, and for my money this 1:24 chunk of music is definitely some of their best work in their entire history.

Fancy Colours (it starts quietly but do not fear, it gets plenty loud): 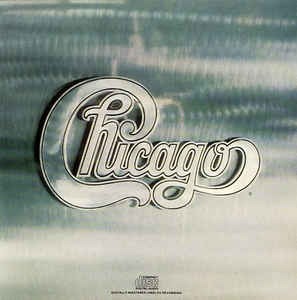