Polls and why they are stupid


Don't know what the story will be tomorrow. Maybe ABC just won't post its results. The polls aren't rigged. They're wrong.

I can think of no good reason for any normal person, not affiliated with a party or campaign, to pay ANY attention to any poll, ever. Polling organizations conduct polls to build reputations. Media organizations use them to drive ratings and sell "newspapers" (remember those?)

A poll is only useful as a curiosity, and best understood as a highly flawed snapshot of what a few hundred people think about the presidential candidates.

Your vote is precious, and  should be based on what YOU like, not what other people like. That's what a vote is - your personal preference. It really should not be impacted in *any* way by what others think you should think.

Obsessing over polls is a good way to drive yourself nuts. Especially when it's blatantly obvious that at least some polls, some of the time, are purposely trying to influence, rather than reflect, the choices of the voting public.

That's propaganda. I recommend everyone eliminate it from their life. Who needs it?

Part of me hates to think this is true, another part of me thinks it is

Vox Day says "It cannot be saved".  And if you guessed "it" means America, you're right.

I think about this quite a bit, and I alternate between two views on this question. My default position on just about any issue is unblinkered realism, since it is best to understand the reality of any situation to know how to deal with it in the best possible way.  At least, most of the time. This is Analytical Me.

But I also know that sometimes, unblinkered realism kills motivation and may lead to systemic sadness and depression. Motivation -- or the ability to ignore the odds and continue pushing that boulder up that hill -- can be more important than a realistic understanding of the world around us. Having something to believe in is very, very important. Like, say, the future. This is Positive Me.

It has taken me several decades to learn that both are valid ways of looking at the world around us. Both are needed. But you have to be smart about which to use when.

Returning to Vox, he also links to Fred Reed who is blunt and unsparing in the oddly-titled "Ronald McDonald or Lucretia Borgia?: In the Long Run, We Are all Dead":


To a practicing curmudgeon, the presidential contest is amusing but unimportant. Hillary will win, whether she wins or not. She is just the wave front of deep and fast-flowing currents of decay that cannot be stopped. Trump may try, but he cannot succeed. We live in a dying culture and, soon, a diminished country. It cannot be saved.

Not true? Add up the bits and pieces. We laugh in horror, some of us, primarily the older, at the decline of schooling, the courses like Batman and the Struggle for Gender Equity. Comic, yes. Yet in aggregate these constitute an academic and civilizational collapse both profound and irreversible. Enstupidation does not happen in a healthy country. Who even wants to reverse this onrushing night? Not the universities, nor the teachers unions, nor a professoriat gone as daft as the “students,” nor the banks battening on student loans.

It is over. Hillary may start wars in her six months before going into a sanatorium. Trump may build walls. But the rot will go on. Tell me why it won’t.

Analytical Me cannot argue with any of that. But Positive Me refuses to accept the end.

I have three kids. Boys. One is nearly 30, married with a beautiful baby girl, and he's doing pretty well, although he'd like a better employment situation. Still, he's smart, he works hard, he's very personable, and in the big picture, he'll be all right. The other two are still in high school, both very smart and with various talents that should prepare them well for their life ahead, if they leverage them and work hard.

America used to be a place where opportunity waited for millions. That has changed; now there is still opportunity for some, but not nearly enough for all of the kids who go to college and enter the workforce. If there were, we would not have the stagnant wages and a record low number of people in the workforce that we have today.

That big picture impacts everybody by changing the odds. I'd prefer that we not stack the deck against my kids, but we seem intent on doing that. This makes it personal for me; i.e., advocate for Obamacare, and you're making it harder for my kids to get jobs. It's not just a bunch of remote policy debates that only impact others.

I have a really hard time accepting that the great country I grew up in is destroying itself from the inside, all because of Leftist politics. My kids, and grandkids now and in the future, deserve better.

Richard Fernandez unloads on the Obama Administration's horrific misadventures and mismanagement in the Middle East, to the point that now we are engaged in saber-rattling with Russia over Syria in Obama, Media Go Quiet on Historic Mideast Catastrophe :

How did an administration which came to office headed by a Child of the World promising to "build bridges" with other cultures, that styled itself as brimming with "smart" foreign policy experts, finish up in an almost comical state of parochialism?

Why, rather than bestriding the globe, has it withdrawn in outlook, buttoned up like a tank, viewing the outside world only through the narrowest of slits, driving in little circles from talk show to talk show?

The bigger issue, the real source of this problem, of course, is Washington "experts" circa 2008-2016:


The "smartest people" on the planet found they were not quite as clever as they thought.

They should not have been surprised. Over the last decade presidential hopefuls have come from the ranks of thinkers without much experience in governance or the wider world. They knew all the answers -- in theory -- but none in practice. Individuals who spent all their adult lives learning how to raise money, craft talking points, perfect stances before the camera, fund opposition research, and recruit surrogates found that special skills did not travel so well in the wider world.

The geo-political track record of this administration has been not just bad, it's been historically awful. Yet the media distracts the American people with an unnatural, stalker-ish focus on Donald Trump.

Note that shooting people has always been illegal.

Maybe destabilizing the entire Middle East, lengthening the civil war in Syria, pulling all troops from Iraq, installing a Muslim Brotherhood regime in Egypt, forcing Qaddafi out, etc., all of which led to the rise of ISIS, all just because Assad was a bad guy and totally not JFK, was not such a great idea.

There are worse things that strongman dictators, and we are seeing that played out on the national stage, right now. Power rushes in to fill a power vacuum, everywhere and always, and in that region of the world, it's never going to be the second coming of James Madison and the Federalist Papers, trying to bring freedom to the people.

Oh, and who did Mitt Romney warn us about in 2012? Russia. While the Democrats and the media laughed and laughed ...

But you know, whatever, I heard Trump groped somebody 30 years ago!

Too Much Freedom to Persecute

Dr. Helen brings up an interesting point about the costs of ever-advancing leftism that few people ever stop to think about, but which carries real costs for real people:


[...] liberal bias and anger against those of us who do not go along with the liberal agenda could increase and in ways that cost people their jobs, livelihoods, relationships etc.

It's already happening, and we've seen way too many examples of it during Obama's 8 years of torture. The IRS, for example. Even when IRS corruption and abuse of power is viewed in the most innocent possible light - that it was just some rogue, out-of-control individuals, not directed from any layer of management whatsoever, and surely not the White House, which is amusing, but let's go with it - it still broke the law by persecuting Tea party sympathizers, asking ridiculous, illegal, un-Constitutional questions about who they associate with and even asking for copies of church sermons. There is no possible way any of that is permissible in a country built on liberty and freedom.


A Trump election means that people (mostly liberal) will stop to think about the consequences of their acts more with the other side in power. The fact is, the media, schools, universities and much of society in general these days is driven by liberal thought and with a liberal president and Justice Department at the helm, people feel very free to engage in acts against dissidents without as much restraint.

Again, back to the "best possible spin on the IRS" -- bureaucrats took note of which way the wind was blowing, from Obama's public statements and surely many other subtle signs from within the IRS such as emails, plus lack of any sort of pushback from the media -- and took that as unspoken approval to proceed with making clearly protected speech somehow illegal in their little bureaucratic bubble.

Persecution, abuse of power, and oppression can be based on nothing more than "othering" and virtue signaling. No direct orders are needed, no smoking gun emails required.

Whether it was ordered from above or not - and the fact that they destroyed emails, and lied about it to Congress, and obfuscated all along the way, pretty much indicates that it was - the point here is that persecution can be, and is, based on nothing more than social cues, because people are awful, in most cases. We don't need to find a smoking gun email that says, "Hey IRS, go after those deplorable Tea Partiers! Signed, Barack". Looking for that type of evidence is a waste of time, because people are rarely that forthcoming when conducting illegal activities. The plausible deniability is baked right in. That's how it works.

Our nation was founded on the idea that abuse of government power to persecute those with inconvenient opinions is a crime against our God-given "life, liberty, and the pursuit of happiness". It's important to understand that, often, a leader drives that abuse by providing intellectual cover for the henchmen who carry out the deeds, rather than issuing a clear set of rules on what is to be done. And we need to put a stop to that. 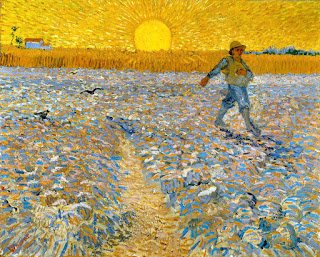