On the Outside Looking In 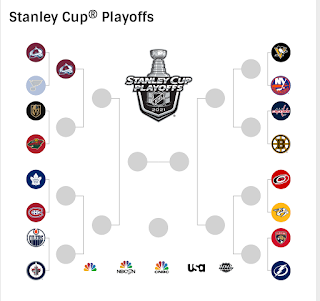 It’s Stanley Cup playoff time again and once again I have no rooting interest. The last time the Chicago Blackhawks made the playoffs they got their ass handed to them, swept 4-0 in the first round by Nashville, in 2017. It was embarrassing and painful to watch. The Hawks got shut out in both of the first two games, at home. The effort and the pride was simply not there.

The year before that they lost to St Louis in 7 games, again in the first round — with the series-winning goal scored by Troy Brouwer, a member of the 2010 Blackhawks Cup-winning team — but at least that was a competitive series. Still, a first round exit, and they were the defending Cup champs, and very nearly the winner of 3 Cups in a row. More was expected.

The last few years we have seen:

I love Stanley Cup playoff hockey, and there is no greater trophy in sports. The playoff runs of 2010, 2013, and 2015 are etched in my mind —and so is the heartbreak of 2014 when they were on track to winning another one, but lost in OT of Game 7 to the Kings in the Conference Finals on a fluke goal, deflected off their D-man Nick Leddy (that series was the true Cup final).

Now the playoffs start wthout them yet again. Meanwhile Patrick Kane is another year older, Toews missed the entire season due to some mystery ailment that nobody will give details on which of course makes you fear for his life not just his hockey career, and they are still searching for an NHL goalie, having used 3 different goalies this year, and Seabrook is retired, Keith is nearing that point, and Marian Hossa is still missed (they have missed the playoffs every year since he retired), and the GM got a contract extension even though his record is mediocre.

On the plus side there is Dominik Kubalik.

It looks like it’s going to be “another one of those years decades”.