The Creative Process with Paul Simon 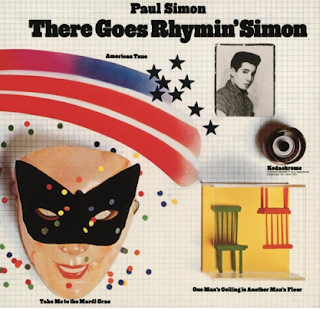 Songfacts.com is a cool site for music geeks like me, and they have a section of interviews with songwriters that are worth reading.

I find the creative process fascinating, especially the process of creating music and lyrics. You have to start with one or the other, first of all. Do you think up a chunk of melody and then some words to go with it, and then keep building on that?

Or the opposite, start with some words that resonate and then build a melody for them? Each songwriter does things a little differently, and even from song to song they may change that process around. It’s about as pure a creative process as you will find.

Or maybe you just do one or the other, like Elton John (music only) and Bernie Taupin (lyrics only) — Tapuin would hand fully formed lyrics to Elton who would then create the melody on piano.

Then there’s this:  you sit down at the piano or with your guitar and then an hour later — or sometimes ten minutes later — you have this totally new thing that you created, with a tune and lyrics, and it’s destined to be part of history now. It did not exist until you created it. Now it’s forever. How cool is that? I’m not sure how non-creative people can even begin to understand what that feeling is like.

Here’s Paul Simon on music crtics and their weird obsession with lyrics:

Most of the time, what I'm writing is about music, not about lyrics, and critics pay scant attention to the music. I mean, if you're saying something with music and words - if you're saying one thing with words and the opposite with music and you're creating a sense of irony - that's lost. Or if the idea of a song is a musical idea, how to write a song in 7/4 time and make it feel natural, let's say, it's beyond them. I never heard anybody say, Now that was a clever way of doing 7/4 time. Instead, most critics are basically analyzing words. It's English Lit all over again.

My thoughts exactly. Analyzing and focusing on lyrics is okay up to a point, but pulling them out of the music they were explicitly created for, and intended to be consumed with, is just an attempt to call attention to yourself as a critic and the “English Lit” nerd inside you. I’ve got news for you:  hardly anyone cares.  Lyrics are meant to be heard backed by music, sung by singers, not recited at poetry slams populated by 4 people including your family.

The music is the thing. The music is always the thing. Lyrics are usually just sounds that happen to be words that work with the meter and the tone of the song. You might be overthinking it.

Before Simon & Garfunkel made it big, Paul Simon had already been semi-successful as a songwriter with Carole King. The two of them would write songs together, and create demo tapes with Carole playing drums and piano, and Paul playing guitar and bass, and both singing, obviously. Simon:

The game was to make a demo at demo prices and then try to sell it to a record company. Maybe you'd wind up investing $300 for musicians and studio time, but if you did something really good, you could get as much as $1,000 for it. I never wanted to be in groups - I was only after that $700 profit. I always tried to get my money up front, because you were never sure of getting your royalties if they put the record out. You were dealing with a lot of thieves in those days.

Quite an array of talent on those demo tapes: Paul Simon and Carole King. The two of them had about 30-40 classic songs in their future, just waiting to come out.

Paul Simon really upped his songwriting game around 1969, and it’s obvious from listening to his work before and after that time. Here’s his take on that:

For me the significant change occurred around 1969, after I wrote 'The Boxer,'" he said. "At that point I stopped smoking grass and I never went back. I told a friend of mine, a really good musician, that I had writer's block. And he said, 'When are you going to stop playing this folkie stuff, all the time the same G to C chords? You could be a really good songwriter, but you don't know enough, you don't have enough tools. Forget about having hits - go learn your ax.' I started to study theory. I began listening to other kinds of music - gospel, Jamaican ska, Antonio Carlos Jobim. 'Bridge Over Troubled Water' was a gospel-influenced song. It was very easy for me to feel at home with gospel, because it sounded like the rock 'n' roll I grew up with in the early '50s.

He definitely took that advice to heart, because his 70s output has amazing breadth and depth. Start with “There Goes Rhymin’ Simon” (Spotify) which has heavy gospel, ska, and jazz influences, plus one of biggest (and best) hits “Kodachrome”. Gospel group the Dixie Hummingbirds appear on several songs and make an amazing difference in the tone and depth of those songs, starting with “Tenderness” and the other big hit “Loves Me Like a Rock”. Simply one of the best popular music albums of the 70s.