Napoleon’s Invasion of Russia: On the All-Time List of Military Disasters

Near the Top, I Think

As we all know by now, invading Russia just never works out. But in 1812 Napoleon had yet to try it, he was undefeated for nearly 20 years, and besides, he was Napoleon.

But mainly he was pissed at Czar Alexander II for withdrawing from a trade blockade against the British and decided it was a good idea to invade a gigantic country with the largest army ever assembled to that time, 500,000 men, planning to quickly overwhelm the Russians with that huge army and force Alexander to the bargaining table. 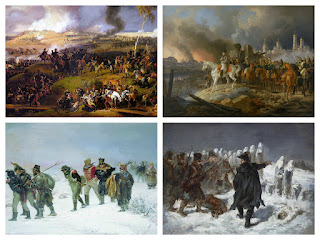 And waiting until late June to get started.

That plan did not work out. See if you can guess why.

The Russians, like Muhammad Ali vs. George Foreman in the 1974 “Rumble in the Jungle”, used a rope-a-dope strategy, retreating and luring Napoleon’s Grand Armee deeper and deeper into the interior of Russia as the calendar advanced, abandoning cities and burning all the crops and supplies to starve and demoralize enemy forces.

All the way to Moscow, which they also burned.

Napoleon waited in Moscow several weeks for a surrender that never came, and by then it was the middle of October and the French were forced to retreat with no way to survive the winter. 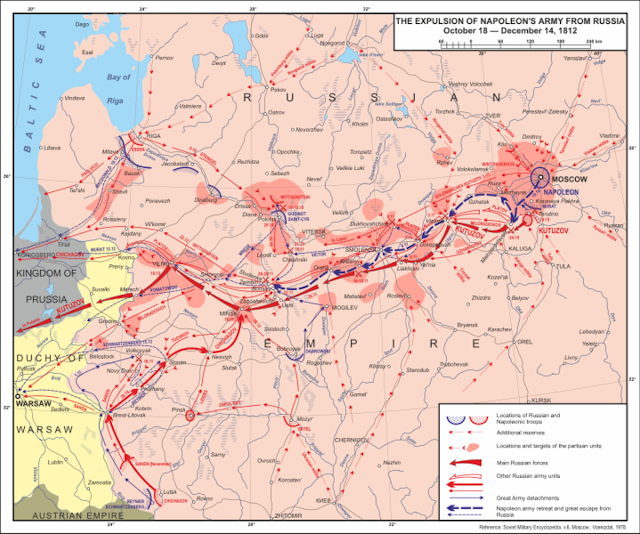 But it was already far too late, and the retreat was horrific, with a starving and exhausted army, an early and cold winter, aggressive counter-attacks by Russian forces during the retreat, and no food or supplies to be found along the way.

By late November it was chaos, every man for himself. Tens of thousands deserted, the wounded left behind. They resorted to stacking dead bodies to block the wind and crawling inside the carcasses of dead horses for warmth.

In the annals of military disasters, this one is way up there near the top. Hitler would learn it all over again at the Battle of Stalingrad in 1942-3.