Bryan Cranston is Even Better Than You Know

On Sunday while out doing stadium stairs I listened to the Bryan Cranston episode of the “Smartless” podcast — and learned several new things about him as an actor and as a person, all of it positive. 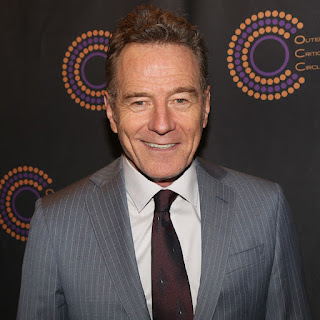 His childhood was difficult, especially after age 11 when it turned into a bit of a nightmare.

His dad could not keep steady work as an actor so the family had big ups and downs from year to year: a memorable quote from the podcast, “one year we got a built-in swimming pool, the next year we couldn’t afford the chemicals for it”.

This kind of chaos was a pattern but it got worse: a “foreclosure” sign on the front door and his dad abandoned them at around the same time.

He was 11 years old, with two siblings.

Then his mom, unable to deal with all that, put more energy into finding another man than being her kids’ mother, and started drinking to excess.

Number of parents he could now count on: down to “none”.

So he moved in with his grandparents and somehow despite all of that stayed out of trouble in high school — even more surprising, he decided to become a police officer after taking an aptitude test, and went on to earn a police science degree at community college, graduating first in his class.

As part of fulfilling his elective requirements he took an acting class, and never looked back.

On the podcast he was asked how he was able to overcome all the bad examples his parents set — his dad unreliable and finally gone, and his mom drinking — and he answered that at least now he definitely knew what not to do. While he didn’t come out and say this, you still need a certain type of adaptability in your genetic makeup to do that — and not everyone has it.

Despite all that turmoil he’s been married for 32 years now. He seems to have figured it out on his own pretty well.

He also told a story about learning how to approach auditions — with confidence and being who you are and doing the role instead of trying out for it, desperate and needy and playing it the way you think they want you to. This is great advice for life and careers in general, not just acting. You have to be who you are, which of course first requires understanding who you are and what you stand for.

Then he told a story about being the “no drama” guy on the set, and showing leadership by confronting anyone who makes it “all about me”.

I always liked him as an actor, from recurring roles on Seinfeld and King of Queens to a starring role in Malcolm in the Middle and then of course Breaking Bad — which I didn’t watch until last year, very late to the party on that one.

My list of Hollywood folks that I truly admire as people is pretty short, but he’s on it now.

“Smartless” is Jason Bateman, Sean Hayes, and Will Arnett doing interviews with surprise guests — only one of them knows at the start of each show who the guest is — and having laughs along the way.

Fans of “Breaking Bad” or “Better Call Saul” may also enjoy the Bob Odenkirk episode (April ‘21) — I know I did.