Updates on My Leisure Time Activities

Our video streaming has dropped off lately — it is summer, so we all have better things to do — but one show we really like is season two of Fargo. The series is about a turf war between crime families, supposedly a true story. Jeffrey Donovan of “Burn Notice” (one of my favorite shows from the last 20 years) plays a true scumbag. Patrick Wilson as the state cop is very good, as are Kirsten Dunst and Jesse Plemons as the hapless local couple that gets caught up in the turf war. Great music, too. An old FX series available now on Hulu.

The other main show we are currently enjoying is The Kominsky Method, mid-way through season 2 now (and season 3 just released last week). Alan Arkin and Michael Douglas and Nancy Travis are such professionals and a pleasure to watch, but I could live without the actress playing Kominsky’s daughter ... she is not interesting or compelling and lacks human warmth, and brings down every scene she’s in because she’s not in the same league as Arkin, Douglas or Travis. Do the producers think I’m the only one to notice that? What are they doing? Anyhoo, good performances all around and the overall tone of the show walks that fine line between funny and serious very effectively, which bonds you to the characters since that’s more like real life, and credit for that goes to the producer and writer, Chuck Lorre.

Mainly we’ve been watching a lot of Cubs baseball. They had an amazing month of May, we’ll see if they can keep that up. Update: they just swept the Padres 3 straight: 7-2, 4-3, 6-1. 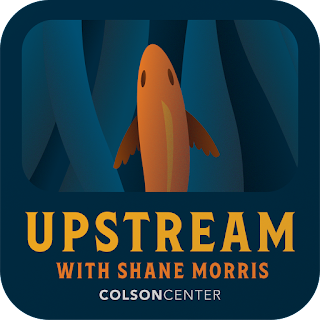 Good podcasts — no, make that excellent podcasts — from the last week:

The “Gun Lap” episode hits on a topic that has been on my mind a lot lately. Men are happy to allow their careers to define them, probably a lttle too much, but here we are. Retirement does not appeal to me all that much — but there’s also more to life than working full time and devoting your best hours of every day to that. I should write some more on that soon.

Musically I’ve listened to mostly The Ventures as noted last week. Completely blown away by this band, I literally had no idea how much great music they had put out, and how innovative they were. In a league of their own.

Also listening to the Latin Jazz playlist and Emilie-Claire Barlow Radio. I find Latin Jazz very enticing, the kind of thing that can both be relaxing when you’re stressed and energetic when you’re down. Lots more space between the notes than other kinds of music.

Discovered Boathouse Reserve, an excellent local microbrew Imperial Stout from Crystal Lake Brewing. Frankly it’s a little too delicious because at 10.5% ABV — even in those “little” glasses — two of them is bordering on too much. Beer Advocate reviews here — although there are apparently two versions (Rye Whiskey Barrel Aged vs. Barrel Aged) and I’m not sure which one I had because it was on tap. They also have an Oatmeal Stout I need to try.