A Bigger Waste of Time and Fuel is Hard to Imagine

In my attempt to get some long-awaited tasks done yesterday morning, I got completely shut out. An epic fail, even, in the sense that some extra things happened that were distinct negatives, which I won’t get into. 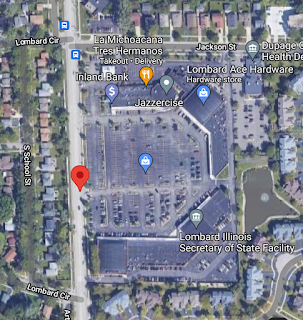 A big and obvious clue to how my next two hours were going to go:  the very first thing I noticed when I got to the Secretary of State’s office was a line that stretched out the door and around the entire outdoor mall.

But! There was also a much shorter line that went the other direction.

So I was hopeful as I approached the last guy in that shorter line: “can you tell me what this line is for?”

Drat. That is the only thing I do *not* need. Well, I do need them, but not today.

A great example of how the next 2 hours were going to go, in microcosm, involving a trip to a distant suburb interrupted by emergency bathroom needs, only to be turned away by some giant armed cop when I finally arrived, then an impromptu attempt to get an emissions test done since I was “in the area” (not really but I was desperate to accomplish something) only to encounter a traffic jam due to an accident, causing me to bail on that too, so I gave up on the entire trip and headed to McDonald’s for a breakfast sandwich, only to find that I had missed the breakfast-ordering window by 10 minutes.

Whatever. I guess next time I need to get there before they open, as I kinda figured from the start. But I can only be in one line at a time so multiply this secnario out by several days.

Waiting in lines of any kind is stress-inducing for me — so here’s a random work of art to calm myself, and maybe you too.

Pissarro, Street of the Citadelle, Pontoise, 1873 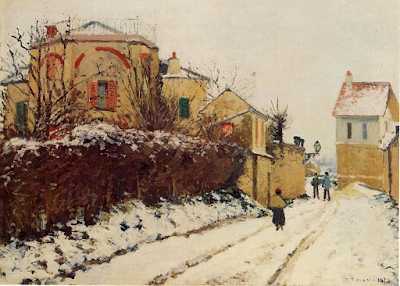 Camille Pissarro, via Twitter, believe it or not. I have discovered several artists there, and it substantially improves my feed. More on that later.

Have a blessed Wednesday — it pretty much has to be better than my Tuesday!