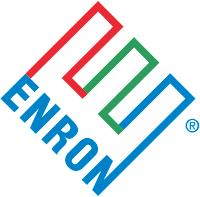 A subsequent SEC and DOJ investigation determined that Enron “inflated its earnings by hiding debts and losses in subsidiary partnerships”.

The Enron bankruptcy and investigation also took down Arthur Andersen (the CPA firm that Enron used) convicted of shredding documents related to the SEC investigation.

However Andersen appealed all the way to the Supreme Court, where the justices voted unanimously that the jury had been given incorrect instructions which lowered the bar for conviction so far that the government apparently destroyed a major business for ... following its own document retention policy.

Chief Justice William Rehnquist wrote the opinion for the court, and was joined by all associate justices. In the court's view, the instructions allowed the jury to convict Andersen without proving that the firm knew it had broken the law or that there had been a link to any official proceeding that prohibited the destruction of documents. The instructions were so vague that they "simply failed to convey the requisite consciousness of wrongdoing", Rehnquist wrote. "Indeed, it is striking how little culpability the instructions required." Rehnquist's opinion also expressed grave skepticism at the government's definition of "corrupt persuasion"—persuasion with an improper purpose even without knowing an act is unlawful. "Only persons conscious of wrongdoing can be said to 'knowingly corruptly persuade,' " he wrote.

But the decision to overturn the conviction was far too late to fix anything, because the conviction meant they were required to surrender their CPA license in 2002 and the Supreme Court decision to reverse it didn’t happen until 2005.

Let’s keep in mind that it’s entirely possible that both of the following are true: a) the verdict was wrongly decided and b) Andersen was still guilty as hell on all kinds of other things.

For example, uncovering the fraud that Enron was perpetrating for years and years. Isn’t detecting fraud the whole point of Certified Public Accounting? It’s essentially a fraud prevention service to protect investors and stockholders.

Something was broken here, at the very least, and there is also the conflict of interest created when companies offer both consulting services and auditing services and might sweep some things under the rug to avoid disrupting the far greater cash flow from the consulting gig.

But ultimately Enron investors and stockholders got smoked, audit or not. The stock fell to under $1 in November 2001 after reaching a high of $90 in mid-2000. Many employees lost their entire retirement savings, thanks to putting all of it into company stock which is of course very unwise — but still not as unwise as running a corrupt business that defrauds stockholders.

But it goes even deeper than that: Merrill Lynch, J P Morgan Chase, and Citicorp all paid huge fines — $335M total — to allegedly help perpetrate the fraud — “without admitting guilt”, of course. No, we’ll just pay these giant fines instead of paying dividends to shareholders, but we are definitely NOT admitting guilt. Why do you ask? Who would ever connect those dots?

So there’s a lot of blame to go around here.