Abe Deserves Better and So Do We 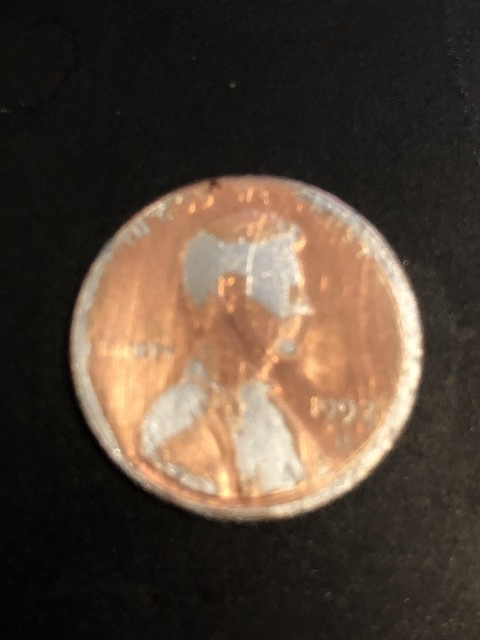 We found some change in the car recently and some of the coins had weird buildup on them, so I did a little “money laundering” with a wire brush.

This is the result. Pretty disgraceful. That’s Abe Lincoln’s face, dude, and it’s half gone.

Even the lowly penny used to have a little weight to it and engraving that looked good, befitting a unit of currency.

Nothing like this would ever — could ever — happen to pennies when they were 95% copper. They might tarnish and get dirty over time, but a little copper cleaner would make them bright and shiny like new, most of the time. 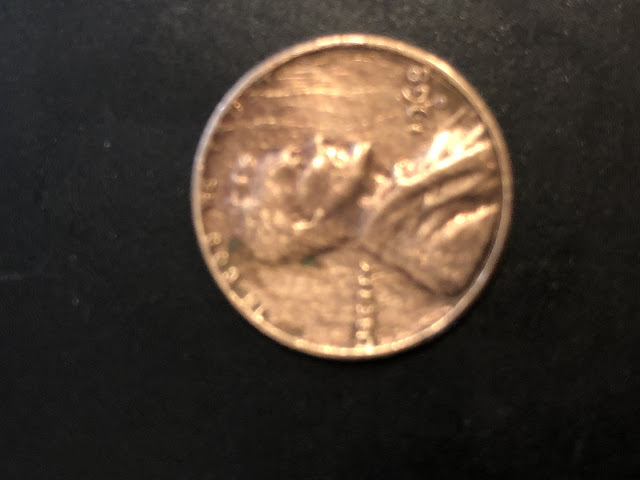 Email ThisBlogThis!Share to TwitterShare to FacebookShare to Pinterest
Labels: History, Photos, Scenes From My Life, Short Essays, These are my principles and if you don’t like them well I have others
Newer Post Older Post Home