Daylight Savings Time Pros and Cons, plus An Idea

The data is a real mixed bag with traffic accidents, depression and illness, artifical light vs. natural light, safety concerns, etc. With each passing year there’s more and more talk about getting rid of it.

To me it seems mostly like we have DST because we’ve had it for years — not as long as you might think though, see below — and because of the human tendency to justify a decision by cherry-picking data that supports our case, or “confirmation bias” as it’s known in Psychology.

First started in Thunder Bay, Ontario in 1908, it was widely popularized in Germany and several other European nations during WWI to save fuel for the war effort. Then they all dropped it again until WWII. Seeing a pattern yet? 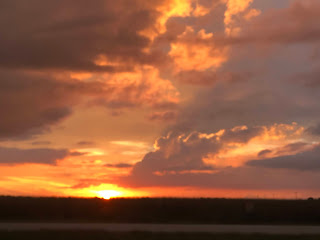 But my biggest issue with the time of sunrises and sunsets where I live is not about DST but about my timezone:  here in the Chicago area we sit on the extreme eastern edge of the Central Time Zone that causes our sunrises and sunsets to be far earlier than than they really should be all year long.

Case in point: during the longest days of the year here, in June, the Sun rises around 5 AM — and that’s one hour later due to DST!

It would rise at 4am on Standard Time. FOUR fricking AM in the morning. Rise and shine, pilgrims!

And on Standard Time it would then set by 8 PM too. Why?! In the Summer we are blessed with 16 hours of daylight — wasting 2 or 3 of them at ungodly hours when nobody cares about daylight is not a good trade.

And it’s caused by one thing: the eastern edge of the Central Time Zone is way too far East. It should probably be at the Mississippi River.

Why does ths matter? Because there’s more and more talk every year about getting rid of DST.

This would put us on Standard Time all year long, uncovering the problem I’m talking about above:  Chicago is in the wrong time zone. There’s no reason at all that we ever need the Sun in our faces at 4AM — or even at 5AM — or for it to disappear over the horizon at 8PM during the longest days of the year. And in December, when we only get around 8 hours of daylight, it would be awfully nice if it wasn’t dark already at 4:45 PM. I’m not kidding.

Across Lake Michigan in the western part of the state of Michigan, they’re on Eastern Time. Nearly the same sunrise and sunset in a geographic sense since they’re just a little ways east of here, but a full hour later on the clock.

In the Summer there it’s light until 10pm with sunrise at 6am. That’s perfect, is it not? Time zones are arbitrary man-made creations, and can be changed.