Joe Pesci Was a Musician Before He Hit the Big Screen

Actor Joe Pesci always wanted to be a singer, played guitar in several bands, and helped put The Four Seasons together?

I did not know that!

As the video notes, when The Four Seasons received a Tony Award for “Jersey Boys” they invited Joe up on stage in recognition of his import role in their history — he was the guy that introduced Bob Gaudio to Frankie Valli.

Joe Pesci played guitar for several bands in the 60s — here he is on guitar in “Little People Blues” with Vincent & Pesci from 1972. Pretty good stuff.

“Vincent” is Frank Vincent who was also a skilled musician (drums, keyboards, trumpet) and found steady work as a studio musician for several years in the 60s before teaming up with Joe in their own group, first as a “lounge” musical act, then as a comedy act, then both comedy and music, until 1976.

Both Frank and Joe appeared in a relatviely unknown movie in 1976 named “The Death Connection”. Robert DeNiro saw it and told Martin Scorcese about them, Scorcese cast Pesci in “Raging Bull” in 1980, and that was the big break he needed.

Frank Vincent also played in several movies with Pesci. In “Goodfellas”, Pesci whacked Vincent. In “Casino”, Vincent whacked Pesci. Vincent later played a major part in The Sopranos.You’ve probably seen him before — here’s the two of them together, from “Goodfellas”. 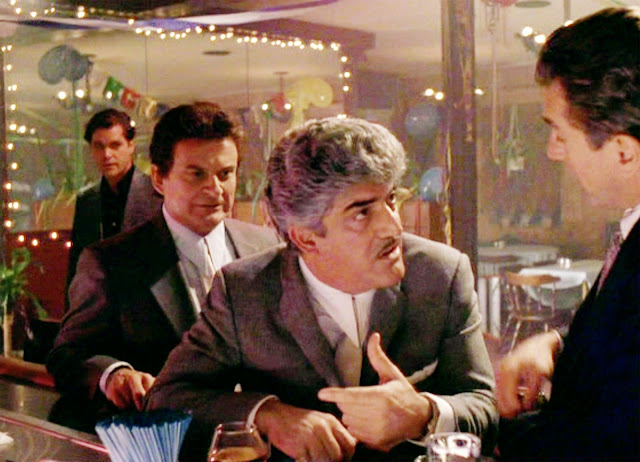