One night last week I happened upon a movie I’d never heard of on TCM called Boys Night Out with James Garner, Tony Randall, and Kim Novak.

As I watched the first couple of scenes I immediately recognized this guy — but couldn’t figure out from where. In the movie he looked just like this, suit and all. 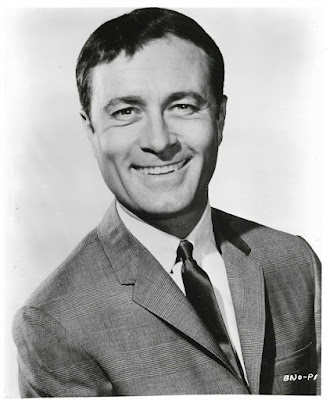 Looked up the movie, found a name Howard Morris, clicked on it.

Bingo — that’s Ernest T Bass from the Andy Griffith Show. Of course! A raucous, troublemaking hillbilly, that guy was. A very memorable character, too. 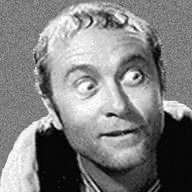 Looks a little different from the guy above in the suit!

Morris, as it turns out, was already a star in the 50s on Sid Caesar’s Your Show of Shows and a master of improvisation and physical comedy. He is remembered especially for this classic scene, “This is Your Story” (a send-up of “This is Your Life”).

A Shakespearian actor, he also voiced many cartoon voices starting in the 60s, including Beetle Bailey, The Flintstones, The Jetsons, Magilla Gorilla, Atom Ant, and many more.

As for the movie Boys Night Out, it was a typical early 60s Hollywood comedy with big stars and lots of silly situations and obvious dialogue. Not awful, not great. The four lead male characters are friends who get together every Thursday night for — you guessed it, boys night out — and suddenly decide they need an apartment to facilitate affairs. Kim Novak is a student doing sociology research and through a coincidence ends up taking a “housekeeper” gig for them to facilitate doing research into the “adolescent fantasies of the adult suburban male”. Hilarity ensues. Worth watching for Garner and Novak, mainly.