54 Years Ago, Vince Lombardi Coaches His Last Game for the Green Bay Packers 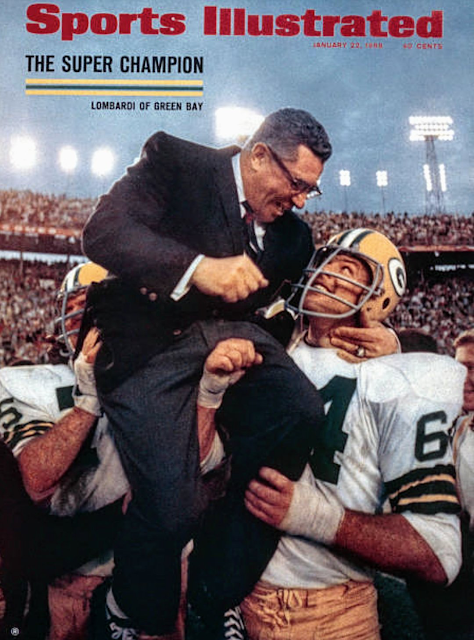 He coached just 9 years total for the Packers (1959-67) and won 98 games in that span (including playoffs) while losing just 30 — and this was back when they only played 14 games (just 12 games until the ‘61 season). That is a LOT of winning packed into a short time span.

The classic Sports Illustrated cover above tells a story about the extremely close relationship between Lombardi and his players; he drove them hard but they knew it was all about making them better and striving for excellence, and for that they loved him like a father.

It’s probably not a coincidence that a great number of his players became very successful in their post-football lives as business owners.

Sadly, Lombardi only lived another two years, coaching one final season for the Washington Redskins in 1969 before dying of lung cancer in September 1970. He was just 57 years old.