How Did West Virginia Split From Virginia?

A topic I’ve never explored or heard much about … start with this History Matters video.

So the Civil War split them apart forever — but as one might suspect, the story is far more complicated than that.

The seeds for splitting these areas apart had long been sown, culturally and geographically, since the western region of Virginia was settled by different peoples — many of whom migrated from Pennsylvania and other Northern states and included German and Protestant Scotch-Irish ancestry — and the geography and terrain was very rugged and hilly and not conducive to large farms with lots of slaves.

One look at a relief map shows the differing geography clearly: 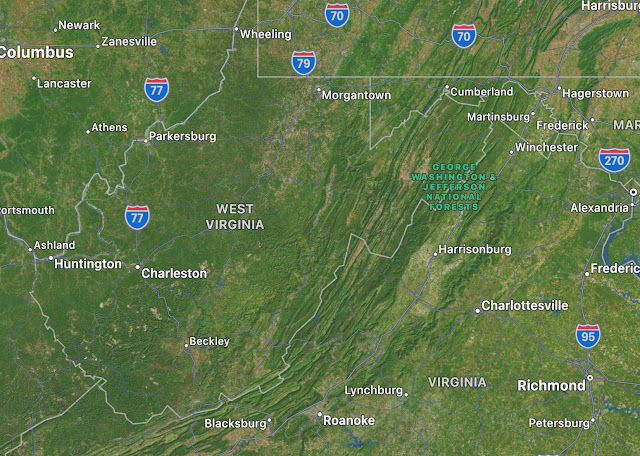 The pro-Union government of this new place they called “West Virginia” was headquartered in Wheeling and led by a man named Francis Pierpont.

Much of the territory on either side of the current border between the two states was split between pro-Confederate and pro-Union sentiment — but through military occupation by Union troops and some voting shenanigans and some political maneuvering by the pro-Union “government” in Wheeling, all of the disputed territory was absorbed into the new state of West Virginia, added as a Union state in 1863.

There’s a lot more history to read up on if you’re so motivated, just start with the links above and start digging.