Everyone who has ever flown in a plane owes Gen. Yeager, and all the other test pilots who risked death on a daily basis all those years ago, a debt of gratitude, but most people have no idea about him or his life or why any of this matters. 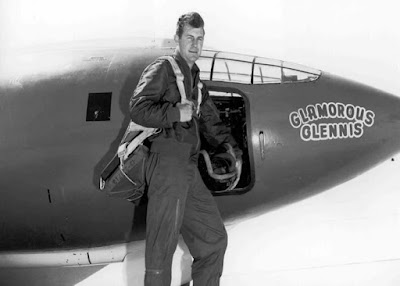 It was such a big deal at the time — a strategic military and national security advantage — that the U.S. did not even announce it until many months later, in June 1948.

Many experts believed it was impossible to break the sound barrier, and anyone who tried would die a violent death due to the aircraft shaking apart or exploding. The flight controls on the aircraft at the time would freeze up and incredible turbulence would make it shake uncontrollably.

Of course, this required completely new designs for the test aircraft, but nobody really knew what would happen when exceeding Mach I. Someone had to just do it and hope for the best.

It was all experimentation all the time, and every test pilot that wedged themselves into any of these experimental aircraft to go faster and higher than anyone had every flown, into the upper reaches of our atmosphere, almost into space, was risking death at any moment.

The Bell X-1 had no ejection capability, and exiting through the side door was a sure decapitation via the wing. You were trapped in an experimental aircraft. Good luck!

They did this every day. That was the job. Some of their test pilot friends did not make it due to the daily risk of “augering in” or crashing into the desert.

A good thing to remember next time things aren’t going your way.