In 1896 gold is discovered in the Yukon Territory by George Carmack at Bonanza Creek (renamed for obvious reasons from Rabbit Creek) south of Dawson City in the western part of the Yukon, leading to the last gold rush in the Old West:

Hoping to cash in on reported gold strikes in Alaska, [George] Carmack had traveled there from California in 1881. After running into a dead end, he headed north into the isolated Yukon Territory, just across the Canadian border. In 1896, another prospector, Robert Henderson, told Carmack of finding gold in a tributary of the Klondike River. Carmack headed to the region with two Native American companions, known as Skookum Jim and Tagish Charlie. On August 16, while camping near Rabbit Creek, Carmack reportedly spotted a nugget of gold jutting out from the creek bank. His two companions later agreed that Skookum Jim–Carmack’s brother-in-law—actually made the discovery.

“Klondike Fever” reached its height in the United States in mid-July 1897 when two steamships arrived from the Yukon in San Francisco and Seattle, bringing a total of more than two tons of gold. Thousands of eager young men bought elaborate “Yukon outfits” (kits assembled by clever marketers containing food, clothing, tools and other necessary equipment) and set out on their way north. Few of these would find what they were looking for, as most of the land in the region had already been claimed. One of the unsuccessful gold-seekers was 21-year-old Jack London, whose short stories based on his Klondike experience became his first book, The Son of the Wolf (1900).

Two American icons passed away on this day . . .

In 1948 Babe Ruth passes away just 53 years of age. Raised in an orphanage, he became the first “larger than life” sports hero and packed a lot of living into those 53 years. Even his name has a mystique attached to it, and he is known to millions as simply “The Babe”. 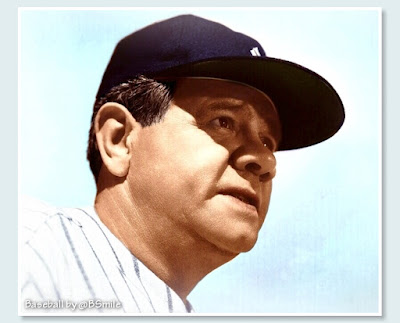 In a stunning coincidence this was also the day in 1977 that Elvis died. He was 42.